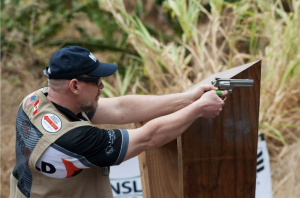 Ken Ortbach from Hellertown, PA, has completed his tenure as Area Coordinator for New York and New Jersey effective this month, in addition to his current assignment of Canada. Ken has been shooting IDPA at the Phillipsburg Pistol Club and surrounding clubs since 2002. “The adrenaline rush hooked me on IDPA on my first stage of my first match. The buzzer went off and my heart started pounding!”

A master in all divisions but PCC, Ortbach has been serving as an AC/IPOC since February 2016. After the transition, he plans to just run four IDPA monthly matches, a USPSA match, ICORE match and a 3 Gun Nation match at three local gun clubs.

A new International Point of Contact (IPOC) has been selected for Canada and will be announced next week.

Joe Chappie will become the IDPA Area Coordinator for Massachusetts, Maine, Connecticut, New Hampshire, Vermont, Rhode Island, and New York effective Sept. 15, 2020. Chappie has been competing in IDPA for 7 years. “I was attracted to IDPA as a way to improve and maintain my defensive handgun abilities.”

The software engineer has some plans for his area. “I would like to see my area do more Tier 2 and specialty matches, I think these types of matches attract more shooters and gives the staff a way to grow. I also want people in my area to know I am available if they need anything.” 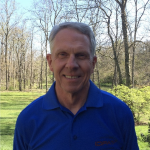 John Reihner from Washington, PA, will add New Jersey to his stable of state effective immediately. Currently, he is the AC of Pennsylvania, West Virginia and Ohio

This AC has been shooting IDPA since 2007. “I have my wife to thank for getting both of us involved in IDPA. I am a lifelong hunter but had never had much experience with handguns. My wife wanted to get her concealed carry permit and we took the necessary classes. One of our instructors suggested trying IDPA. At the first match we knew nothing about the sport and were given a great introduction. The rest is history. Robyn and I regularly shoot matches. When our daughter Michelle can get free from her three girls, she will join us for a match.”

Reihner says, “I want all of my clubs to know I am readily available by phone and email to help with anything IDPA. I will always get you an answer in keeping with IDPA rules and best practices. I enjoy teaching Safety Officer classes and supporting clubs and match directors as much as competing.”