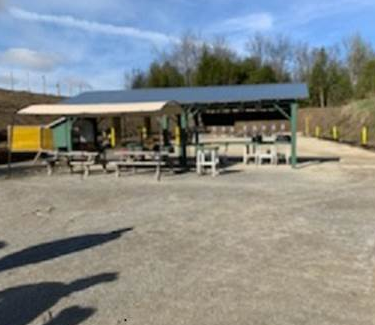 A number of our members have taken the Black Badge course and have been competing ever since. Some are also qualified Range Officers in both disciplines.

Matches were regular level ones and the occasional level twos. These matches are well designed and challenging; competitors across Ontario are very satisfied and eager to participate. Match squads fill one week in advance thus reflecting a significant amount of competitors on the waiting list.

This has become an annual event and all funds raised from these matches go directly to the Foundation. This affords the hospital the opportunity to continue with upgrades to better serve the community.

Representatives from the Foundation are always present at these matches and they are able to educate visitors and competitors about the progression and expansion of the hospital and its services.

The foundation match is normally a three day event with about seventy five participants.

Matches are shot outdoors at the Beeton range beginning in May.